While at NMC, students learn about Mississippi State’s history & traditions, diversity and inclusion, and about practical bulldog knowledge while simultaneously forming new friendships and becoming comfortable with what life at MSU will be like.

In 2012, a group of Mississippi State University staffers came together to brainstorm and begin structuring a freshman experience camp. This camp was created with the goal of increasing the first year retention rates at MSU by allowing students to get adjusted to campus, form a community of friends and learn more about MSU before the first day of class. At this point, the purpose of camp was understood, but neither the staff nor the first student executive staff fully knew what “New Maroon Camp” would become.

Knowing the success of Texas A&M’s “Fish Camp,” the Vice President of Student Affairs at that time, Bill Kibler, put together a committee to research the possibility of creating Mississippi State’s first Legacy Camp. After reviewing the success retreats like Fish Camp had experienced with student life areas, such as retention and assimilation to campus culture, Mississippi State decided to move forward with the creation of New Maroon Camp. During the brainstorming process, the faculty committee and two students, Brett Harris and Haley Grantham, envisioned and began planning what this camp would include and one day become.

From the beginning, the staff planning New Maroon Camp knew that the university wanted the organization to be led “by students and for students.” This in mind and shortly after the visits to Texas A&M and Auburn, the first New Maroon Camp student executive staff was selected, and plans for NMC14 were underway. 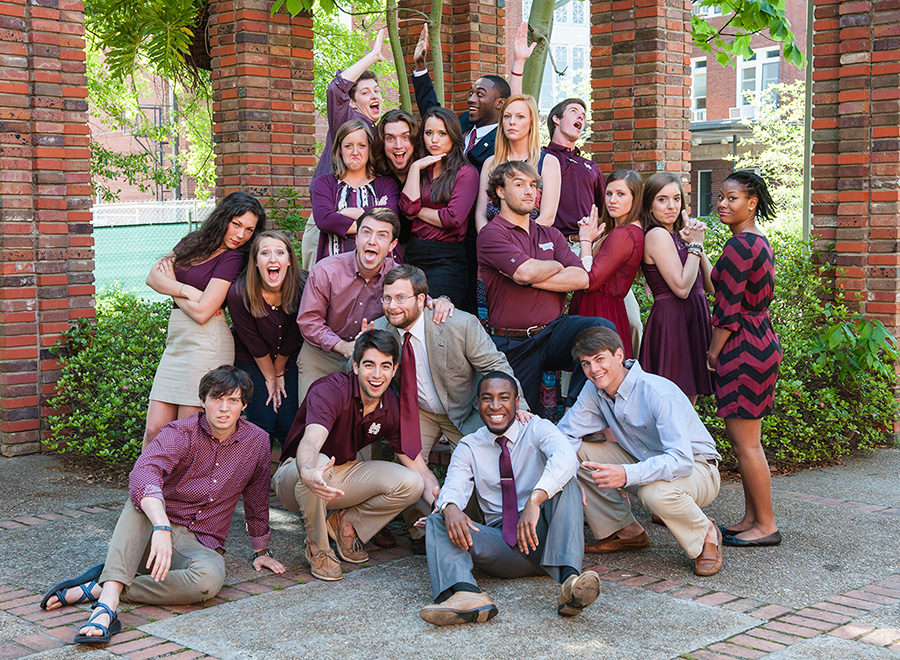 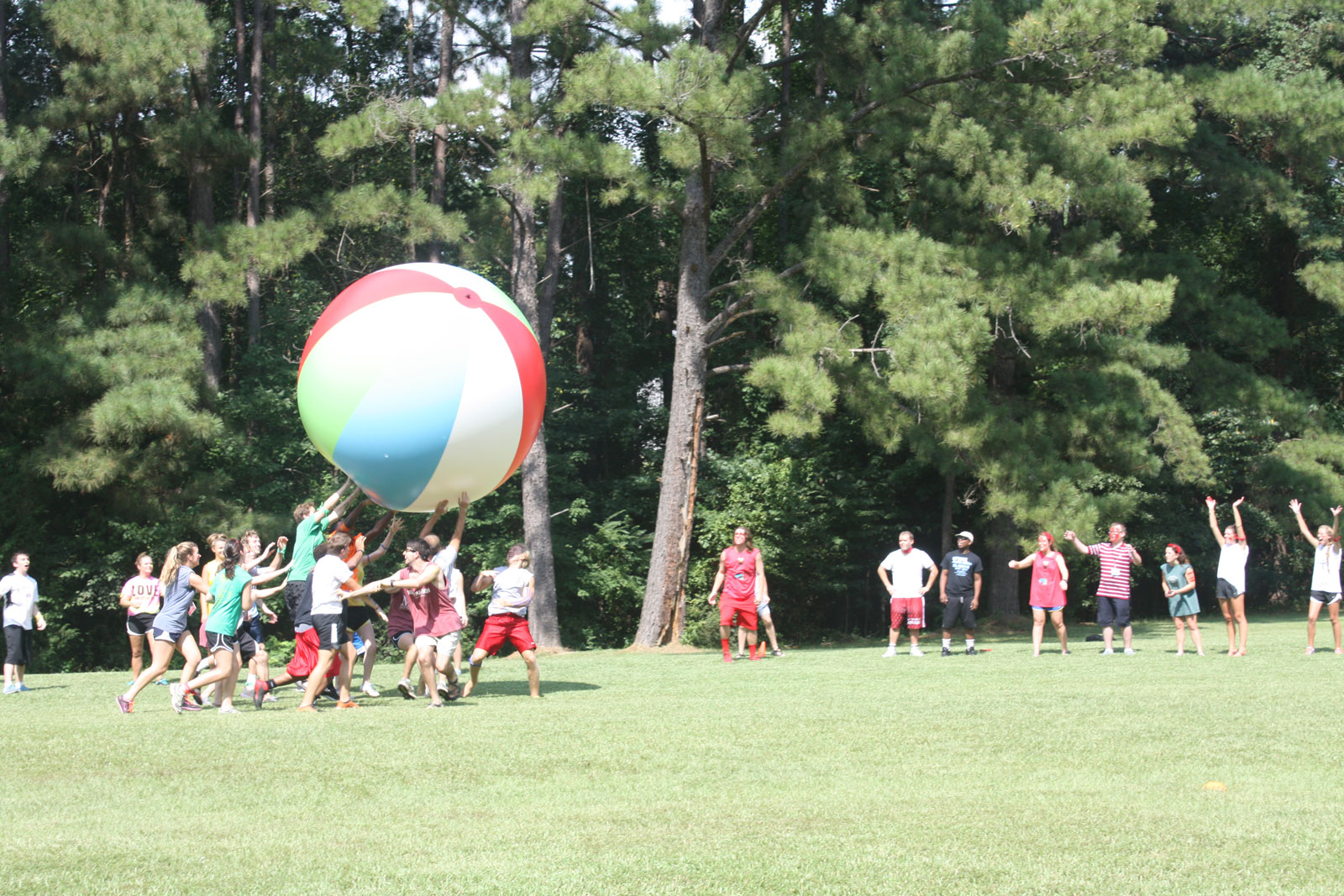 The first two years of camp took place at Twin Lakes Camp and Conference Center in Florence, Mississippi. As New Maroon Camp continued to grow, the NMC participant number surpassed the capacity of Twin Lakes; therefore, NMC16 implemented the transition from being at Twin Lakes to being hosted on Mississippi State’s campus. This allowed students attending New Maroon Camp to become more familiar and more comfortable with Mississippi State’s campus. With this change, the opportunity to add an optional “Tour of Your Class Schedule”  was also added in order to ease the transition from high school to college even more. At Mississippi State University, we pride ourselves on being a family, and at New Maroon Camp, we carry on this legacy by placing campers into small groups we call “family groups.” In these family groups, students participate in team competitions and group discussions, allowing them to develop deeper relationships with their counselors and peers. Family groups allow a large camp to become personal to each individual.

Family groups are then sub-divided into even smaller groups called “pods.” Each pod is composed of two counselors which serve as co-counselors. In the smallest facet of camp, each counselor is responsible for around 10-14 students in a group called “squads.” Essentially, “two squads make a pod.”

New Maroon Camp traditionally operated with five family groups: Ptolemy, Tatonka, Collegians, Cadets, and Maroons. These five groups existed for the first four years of New Maroon Camp (2014-2017), but after NMC17, the 2017-2018 executive staff saw a need for a sixth family group. As New Maroon continued to grow, a sixth family group would maintain the original desire for intentionality and closeness within each family group. As a result, the 2017-2018 executive staff selected the team name “Reveille” after Mississippi State’s original yearbook.

As mentioned above, Reveille, the purple family group, joined the NMC family in 2018 and was named after Mississippi State’s original yearbook. The name Reveille also comes from the army song that would play to wake up all of the cadets when Mississippi State was a military school.

As one of the five original family groups, Ptolemy is notorious for being the first ever New Maroon Camp champions in 2014. The blue family group, Ptolemy, is named after MSU’s first bulldog. Ptolemy is now buried under the football field’s 50-yard-line.

Like Ptolemy, the family group name “Tatonka” also comes from the line of MSU bulldogs. Tatonka was one of the beginning dawgs in the line we continue to breed from today. He is the grand-dawg of Jak, the current bulldog. The Tatonka family group wears red.

Because we are all college students, the name collegians was included in the first set of family groups to signify those coming to college for the first time. The collegians wear yellow.

Maroons was selected after the original mascot of Mississippi State: the maroons. Ironically, this family group color is orange, not maroon. 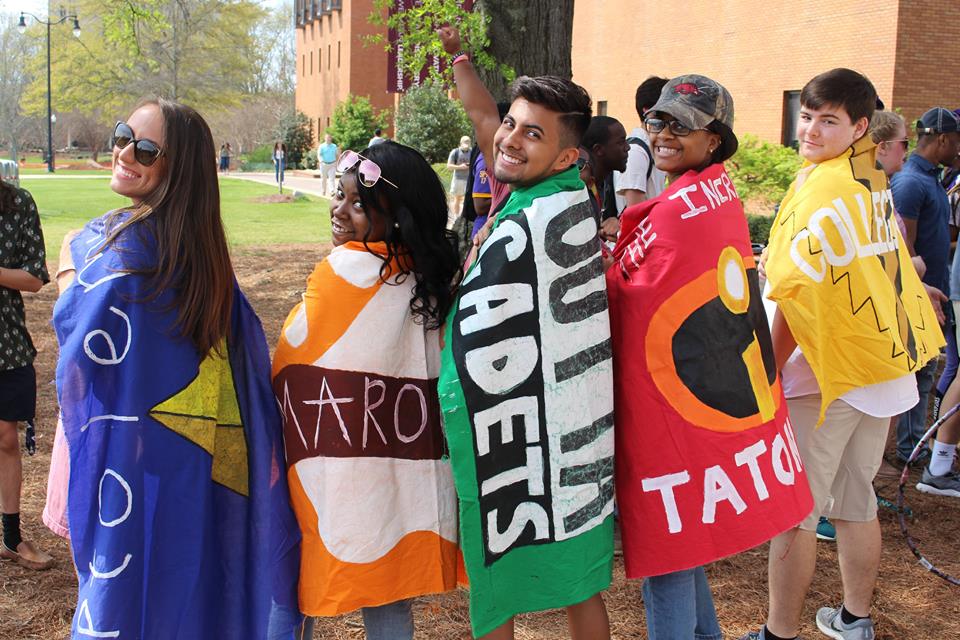 Although there have been many changes throughout the years, there are a few things that will never change. While at NMC, students learn about Mississippi State’s history & traditions, diversity and inclusion, and about practical bulldog knowledge while simultaneously forming new friendships and becoming comfortable with what life at MSU will be like. We have always felt that it is important to teach these areas of knowledge, so that is something that we plan to always keep the same.